What kind of sweet is yokan?

To you who see it for the first time, it may look like soap.

One of Japan's traditional Japanese sweets, it is said to have its roots in "atsumono," a dim sum introduced with tea from China around 1200 to 1500. Originally, it was a "soup" containing pieces of sheep meat.

Since it was introduced to Japan by monks who did not eat meat, it is said that yokan was first made using wheat flour and azuki beans instead of sheep meat.

Yokan does not use any animal ingredients. Instead of gelatin, it is hardened with agar, a seaweed, making it a very healthy snack. It is characterized by its chunky texture. 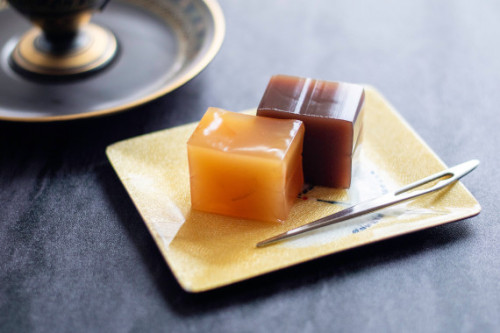